As part of the ongoing research for my new book, I spent a few hours last week meeting with the Special Agent in Charge at one of the FBI’s busiest, and largest, field divisions in the country. And although I’ve been working closely with the Bureau for almost a quarter century, I came away with renewed feelings of what an extraordinary organization it is.

Some of you may take umbrage with that statement because the news these days is filled with accusations about misconduct, secret societies, corruption—extraordinary terms never associated with the FBI in modern times, to my recollection. If you’re one of these people who believe this is occurring within the walls of the Bureau, nothing I write here is going to change your mind. You believe what you believe, and perhaps you have valid reasons for that opinion. That said, the Bureau carefully selects its personnel and by and large, given its long history and the large number of cases it handles worldwide, it has conducted itself with professionalism, respect, and competence. 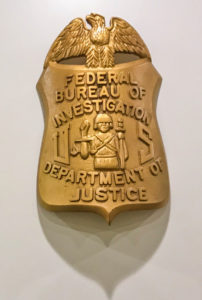 The FBI consists of 35,000 individuals—and individuals are people, and people are flawed. The Bureau, however, is expected to be perfect and held to a higher standard. But flawless execution does not exist. Even the greatest NBA team of all time, the 2016 Golden State Warriors, lost nine games of 82 played. Their record was unheard of and made for an extremely dominant season. But that “greatest of all time” team still lost eleven percent of its games. No one calls that season a failure. They marvel at it. Of course, a lot more is at stake when dealing with law enforcement, and bad things can happen when the FBI makes a mistake. For that reason, every effort should, and does, go toward minimizing such errors.

It’s a shame that politics has been injected into the lifeblood of the Department of Justice, the Bureau’s parent. Facts have been twisted or omitted, accusations made, agents and administrators defamed, executives forced into retiring. However, the FBI has been a bastion of democracy and quality, impartial law enforcement for decades, and great institutions find ways of surviving when times get tough. I have confidence the Bureau will weather its current issues and emerge on the other side.

Considering the many hands the modern FBI has in so many areas of public safety—including counterterrorism, counterintelligence, violent crime (gangs, drugs, rapes, murders, kidnapping, crimes against children), cybercrime, white collar crime, organized crime…the work the dedicated men and women of the FBI do each and every day should be appreciated—if not in the media, then in the homes of everyday people. After all, the FBI’s job is to protect the American people and bring those to justice who attempt to wreak havoc and kill, maim, or destroy. They’ve done a pretty damn good job of just that.

So let me express my heartfelt thanks to the 35,000 FBI personnel worldwide for all they do in pursuing, and achieving, that goal. A meeting like the one I had last week reminded me of all they do day in and day out. A vast majority of agents don’t do their jobs for accolades or even expressions of appreciation. But a little love once in a while wouldn’t hurt, either.